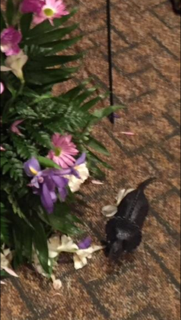 I went to a celebration of life for Jim last week.  I called him Jim, but he was also known as Jimmy or Pop.  Sometimes, when his wonderfully wacky wife instigated shenanigans, he was known as “Poor Jim.” Though it was used often, it was a momentary label.  Everyone knew how much he adored her, even in her wackiness.  Especially in her wackiness.  He was that kind of guy.

Twice, when I had propane problems, Jim volunteered to come over and relight my water heater.  I knew how to do it.  I had done it before.  He insisted, though.  He was a volunteer firefighter, and said he’d rather light it for me than have to come put out the fire if something went wrong.  He brought the family along, and we got to visit.  It was something we didn’t do nearly enough.  I didn’t realize it at the time, but he would have come to help out even if there was no danger at all.  You see, he was just that kind of guy.

Jim’s wife once got it in her head that we could get rich making a grown-up version of Underoos with celebrities instead of superheroes and cartoon characters.  With a little help from Google Images and some iron-on transfer paper, I created a “prototype.”  We laughed.  A lot.  Jim laughed at least as much as we did.  When his friends found out about it, they all laughed too.  Because he was that kind of guy with that kind of friends.

At the memorial service, when no one was looking, the grandkids’ toy dinosaurs managed to attack and destroy a flower arrangement.  We can’t really be sure how it happened, but it’s no wonder.  Those dinosaurs were herbivores, after all.  Grown-ups could have been mad.  Grandkids could have been in trouble.  Neither was the case, however.  The messy arrangement remained throughout the service.  One dinosaur stood guard while the other tried to sleep off an over indulgence in mums and greenery.  It was a welcome bit of humor in the midst of great sadness.  Pop would have laughed the most.  That’s what a grandpa does when he’s that kind of guy.

As all things do in this social media age, word of Jim’s death appeared on Facebook.  Several people offered condolences and prayers for the family, but one comment read, “I will pray for your community.”  This person understood that grief would not, could not, be contained within a family.  It would engulf an entire town.  That’s the way it is when you lose that kind of guy. 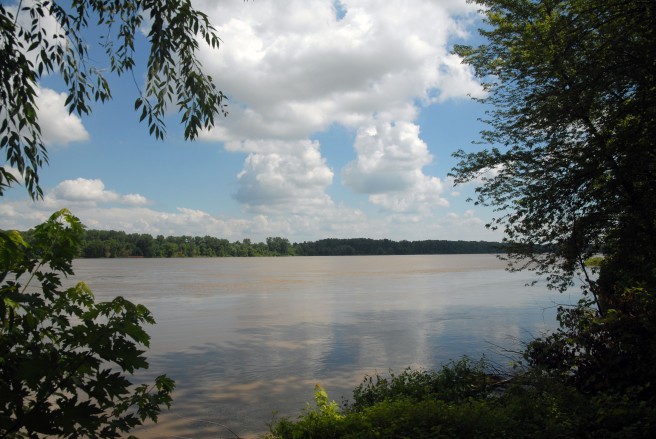 Current events have me feeling a little like a character in a Dickens novel, surrounded by tragedy and injustice while those who have the capacity to help seem like nothing more than unfeeling caricatures of leadership and strength. From global terrorism and oppression to presidential candidates’ buffoonery, from irresponsible journalism to a religious debate over non-religious coffee cups, I am overwhelmed with the amount of strife at every turn. I wish I had the answers, but of course, I do not.
This weekend, however, I think I got a glimpse of some things that could lead us to the answers. Or maybe they’re just things that can provide respite for a time as we attempt to navigate this chaotic maze of negativity in which we find ourselves. I’ll share it here, and you can take what you need from it.

I went to a wedding.

The bride has been my friend since first grade. In nearly 50 years we have witnessed lots of ups and downs as one would expect. The greatest “down” of all was when she lost her husband to a lengthy, terminal illness. It was the cruelest kind of disease, the kind that ravages the mind and leaves a lingering, failing body. Watching her provide care and advocate for her husband was one of those situations that makes you say things like, “I don’t know how she does it,” or “I could never do that.”
She did do it. She did it well and for a long, long time. Anyone would have understood if she had emerged on the other side tired or bitter or just ready to focus on herself. But after her husband passed away, her heart remained open, as it has always been, to new possibilities, new love, new life.

On Saturday she married again. It was a small wedding as weddings go, but it was grand in many ways. Her three grandsons walked her down the aisle and gave her away. Her granddaughter stood with her in the wedding party. The weather was grand, sunny and warm, on an incredible Texas autumn day. We were reminded, in the words of the apostle Paul, that while many things we value are temporary, three remain: faith, hope, and love. A grand idea for troubled times.

And then I went to a concert.

It wasn’t a big venue event, but a house concert in the home of a friend. Malcolm Holcombe was the artist. I had seen him several times before and heard him, recorded, long before that. Malcolm is a force of nature, someone you must see to truly experience. He is both childlike and ancient, his conversation moving in a direct path from juice to Anita Bryant to black and white TV (“as it should be,” he says) to matters philosophical.

Malcolm plays guitar with his entire body from his furrowed brow to his tapping, stomping feet. His chair moves back and forth like a rocker on the back porch. It is not a rocking chair, but a simple metal folding chair that he balances first on front legs then on back. For much of his time on stage, he is balancing on two chair legs and one of his own, the other three on the way up or on the way down. On the rare occasion that the chair is fully grounded, he is sideways in it, and soon the rocking begins again. He is a teacher’s nightmare, but an audience’s delight.

Holcombe’s rasp suggests years of smoking and drinking, maybe whiskey, maybe sand. Tonight however, he drinks coffee and pineapple juice. His stories and songs make me nostalgic for places and things I have never known. He stares, trancelike, into the audience during an instrumental piece, and I know he has gone somewhere else for a moment. He returns, and eventually ends his show with words that, despite his colorful language, can only be described as a benediction. I feel like I have been to church. Or down the river.

If I had a dollar for every time someone told me I was pretty, I would have exactly one dollar.  Thanks, Mom.  –as seen on Facebook

This quote reminds me of my mom, except it’s really the opposite of my mom.  When I was growing up, little girls wore dresses pretty much everywhere except to play.  Any occasion was a dress-up event, and I was always decked out, frequently in dresses my mom had made.  I loved those dresses and was so proud to wear them, especially when I had helped pick out the pattern and the fabric.  When I got in the car after school or church or a birthday party, my mom never failed to ask, “Did they tell you how pretty you are?”

Fairly often, the answer was yes.  Lots of people admired those pretty dresses.  Sometimes, though, no one mentioned my appearance.  When the answer was no, Mom always replied, “Well, those crazy people!”

People don’t dress up much anymore, at least not the way we did when I was a child.  Dresses are no longer expected, much less required.  I still enjoy wearing pretty dresses, though.  I wear them to church and to the theater and other special places.  When I’m dressed up and feeling especially pretty, I like it if someone notices.  If they don’t, I just think, Those crazy people!

It may seem like arrogance, but that’s not the case at all.  It isn’t about being a “diva” or thinking I’m better than anyone else.  It’s more like an affirmation in reverse, a way to call up strength and confidence.  It has served me well, and I have generalized its use to other qualities beyond my appearance.  If someone doesn’t recognize my value in any given situation (you know, like group projects in school or committees at work), Well, those crazy people!

I know I’m fortunate to have a mother who thinks I’m pretty, smart, and worthy of her love and attention.  Not everyone has that.  BUT, I think any one of us can create a similar influence on those around us, and if need be, we can do the same for ourselves.

If you’re old enough, you might remember Stewart Smalley from Saturday Night Live.  This Al Franken character hosted a talk show called “Daily Affirmations.”  His opening always included this now famous affirmation: I’m good enough, I’m smart enough, and doggone it, people like me! Although Stewart Smalley was a parody meant to make fun of an emerging mental health movement, his words are valuable and timeless.

It’s difficult to think about affirmations without hearing the voice of Viola Davis, “You is kind.  You is smart.  You is important.”  In The Help, Davis’s character, Aibileen, knew how necessary it was for Mae Mobley to grow up knowing her worth.  She also knew no one else was going to guide Mae in that direction, so she took it upon herself.  We can do the same for those around us.

My friend, Edna, is good at showing others how important they are.  Her morning greeting might sound something like, “Good morning, Ida, Princess of the Rising Sun!”  I have to admit, this usually elicits an eye roll from me.  It’s a little too early for such exuberance in my opinion.  She is not discouraged, however.  She simply prompts the “correct” response from me, and I repeat it dutifully, “Good morning, Edna, Goddess of the Fading Moon!”  The day begins with both of us feeling like royalty.  Who couldn’t use a start like that?

So, if I had a dollar for every time someone told me I was pretty?  I might have more money than I have right now, but it doesn’t matter.  Either way, my life is rich.

If you need an affirmation for yourself or to pass along to someone else, feel free to borrow one from this post.  If you have an affirmation that works for you or that was taught to you by someone special, please share it in the comments.  It’s always good to spread the wealth.